A three-part cycle of one-day performance installations, as part of the Deep Anatomy program integrated with the three-act structure of the international Vertical Blue free-diving event held on Long Island. On each of the three free-diving rest days, the work addressed fellow Deep Anatomy participants, diving athletes and local community. Whilst concerned with circulations, cycles and oscillations (of breath, iterative acts, orientations between vertical-horizontal, sea-land, liquid-solid, speaking-listening) the investigation engaged with samples of these, seeking to bridge senses of immediate context with critical global concerns for better understanding ecological systems. Nearby the vertical-oriented depth of the free-diving event at the world’s deepest ocean hole, Dean’s Blue Hole, is the horizontal saline sedimentation of Long Island twenty-five year abandoned ruin of a salt ponds system in a wetland merging with the Bahaman shallow Caribbean Sea: an industrial-scale foreign-owned operation once the primary employer and contributor to local economy, whose absence is still felt. In this multi-axial setting of diving explorations of hidden depths and apparent shallow saline seas, attention is drawn to the range of ways that sound and sound waves perform as mediums of signaling, perception and translation, and encounter between animate and material forces. 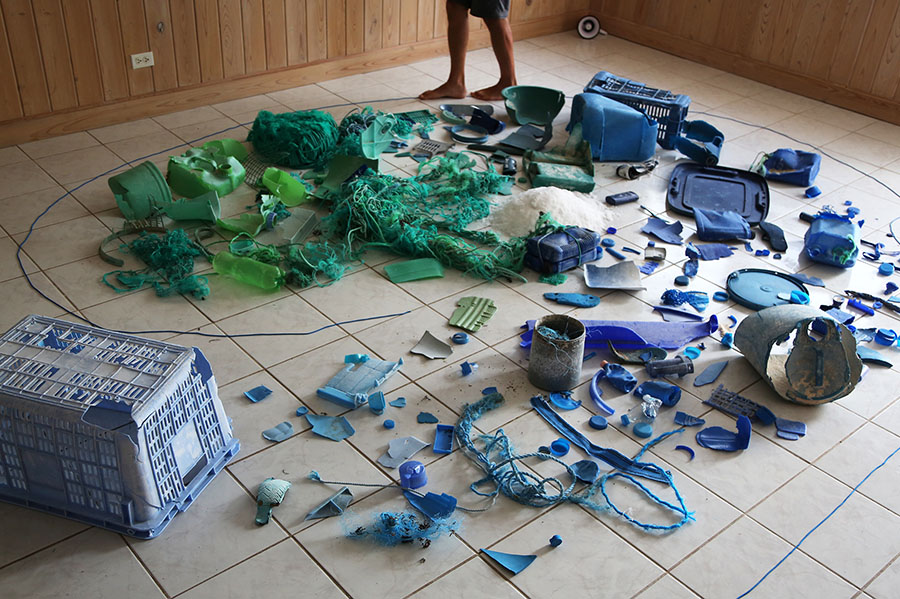 SAMPLING SALTING SOUNDING part 1
Apartment 3, Petty’s Settlement, Long Island, The Bahamas.
30 April 2015.
Visitors are led, one at a time, to the entrance hall of a ground level apartment, and invited to walk upon a thread of rope on the floor with eyes closed, till reaching the thread’s end, opening eyes and pausing, before returning eyes closed along the thread. 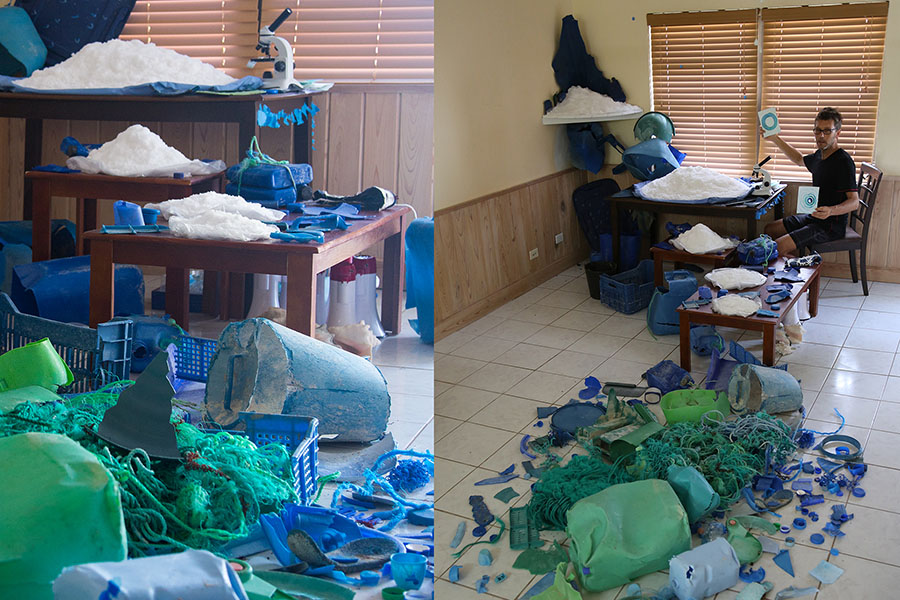 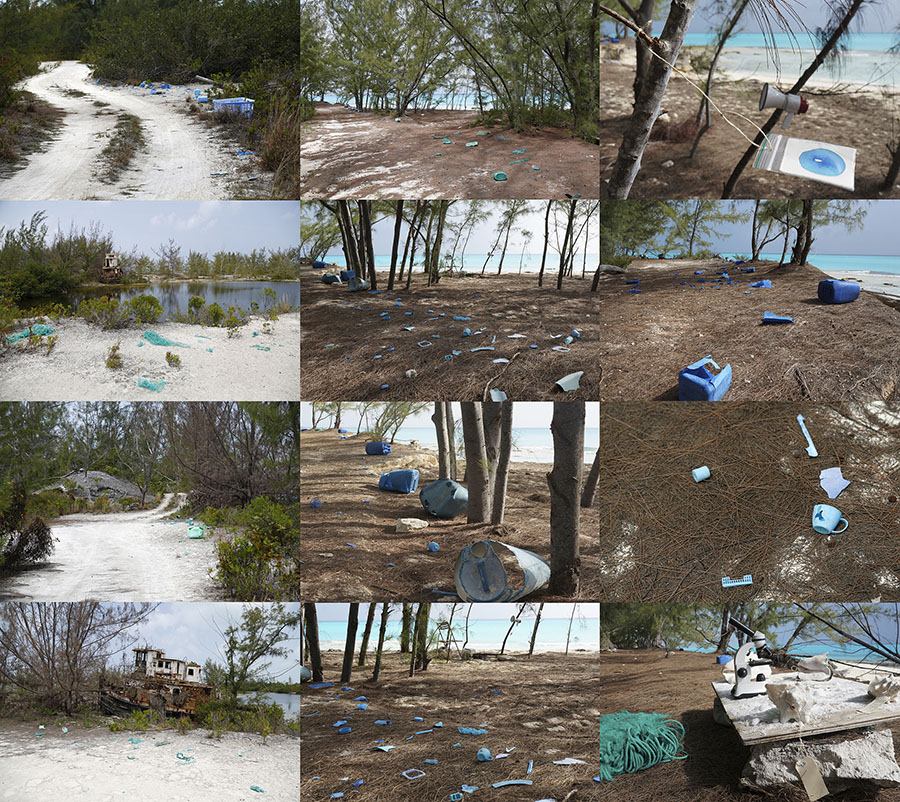 SAMPLING SALTING SOUNDING part 3
Diamond Crystal Salt Ponds, Long Island, The Bahamas
10 May 2015.
Visitors trace a trail of formal, informal and environmental ‘signs’ to track their way along dirt paths to the Island’s abandoned salt ponds. Following a high-tide line of plastics, visitors encounter a sequence of installation events, including looping soundscapes, until arriving at the site of a man repeatedly emerging from the Caribbean Sea with idealised desire, pausing, transforming into a deflated state of encountering the real, and returning again to the sea.
Photos and video: Denise Batchelor

The serial CIRCULATIONS project emerged in relation to PSi#21 Fluid States, the Performance Studies international globally distributed 2015 program. The project provided a speculative mode of practice research generating a reflexive operational logic for participating in numerous regional Fluid States cluster’s programs, whilst particularly feeding the Melbourne cluster program Performing Mobilities. Employing salt as material and performative medium, the project explored the dynamics of local specificities and global connectedness of cultural and ecological systems. Salt is a material in cyclical movement and transformation – through bodies of water, through the bodies of living organisms, through land; a material that elicits awareness of the porosity of entities and raises questions of equilibrium and change. Our attention is directed to the range of human negotiations with natural systems and resources – commonly containing and capitalising – whilst circulations of salt continue to exceed control.