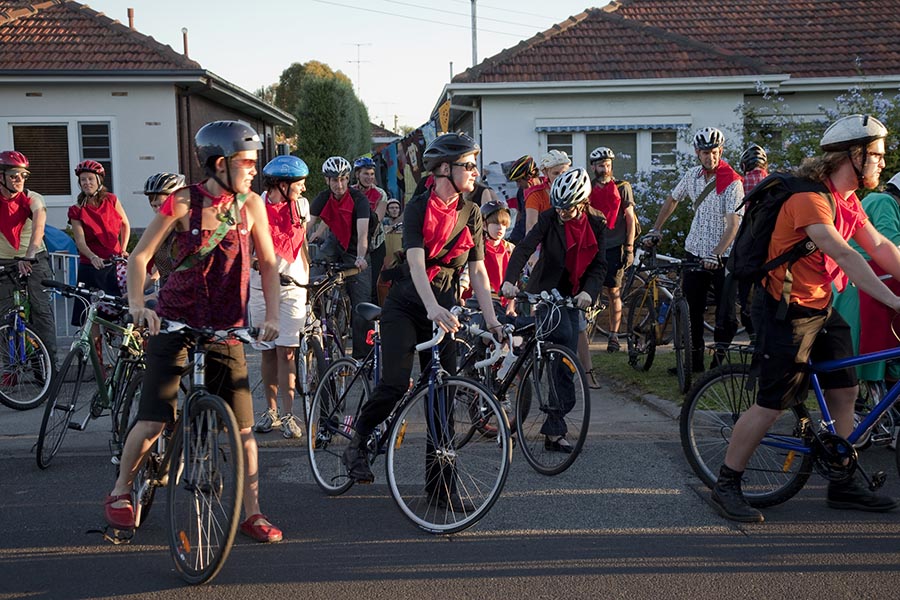 A collaborative project with the Cultural Transports Collective 2006 – ongoing

A series of urban meal adventures are hosted as a mobile performance event that acts out relationships between transportation systems, food systems and social systems to explore interrelations between the human body, a temporarily collected social body of cyclists and the body of a city. Since first emerging from a Pedal Powered Vehicle Workshop initiated by Mick at RMIT University, ride-on-dinners have been presented at the Transported Conference RMIT University Melbourne 2006; Urban Interior Occupation at Craft Victoria gallery, Melbourne 2008;  West Brunswick Sculpture Triennial, Melbourne 2009; Architecture & Philosophy group, Melbourne 2010, and has been implemented in Sydney and who knows else where based on this DIY recipe